When Blake Newborn came out as gay in high school, he was severely bullied and harassed at school. In fact, it got so bad that he had to attend school virtually for a year.

Newborn, who lives in Latrobe, Pennsylvania, felt alone and decided to create a website as a way to channel his pain and help other teens. He was only 15 and didn’t know how to create a website, but with the help of Google and YouTube, Newborn launched his site, Teen Talk Hotline.

While not an actual hotline, the site is full of content to help empower teens who have survived bullying. Newborn believes in giving other teens a voice, so he takes contributions from anyone who’s interested, and the content spans from serious topics such as mental health to lighter subjects like pop culture. He also recently started making videos for YouTube to amplify his reach and give even more people a voice. For now, the site has a resources section with numbers for existing hotlines, though he hopes in the future to create his own hotline or text line where teens can directly receive support.

Now 18, Newborn recently graduated from high school and is taking a gap year to focus on growing Teen Talk Hotline and pursue a modeling career. His goal is to see how much he can achieve within this year before deciding on his next move.

This is Newborn’s story of bouncing back from bullying, creating Teen Talk Hotline, and developing projects to help bullied teens feel more empowered and have a voice.

Profiles in Pride: When did you realize you were gay, and what did coming out look like for you?

Blake Newborn: I first realized I was gay back in middle school. I struggled with finding myself, because at first I came out as bisexual. It was around seventh or eighth grade, and I actually had a girlfriend at the time. At the beginning of high school, I noticed I wasn’t attracted to women as much as I thought.

We broke up in high school and that’s when I came out as gay. It was actually a really difficult time for me because I got bullied for it and harassed at school and online to the point where I had to go cyber for a year, which means taking classes at home. That extends to Teen Talk Hotline as to why I created it. My coming out story wasn’t the best, but I learned from it and I made the best of it. 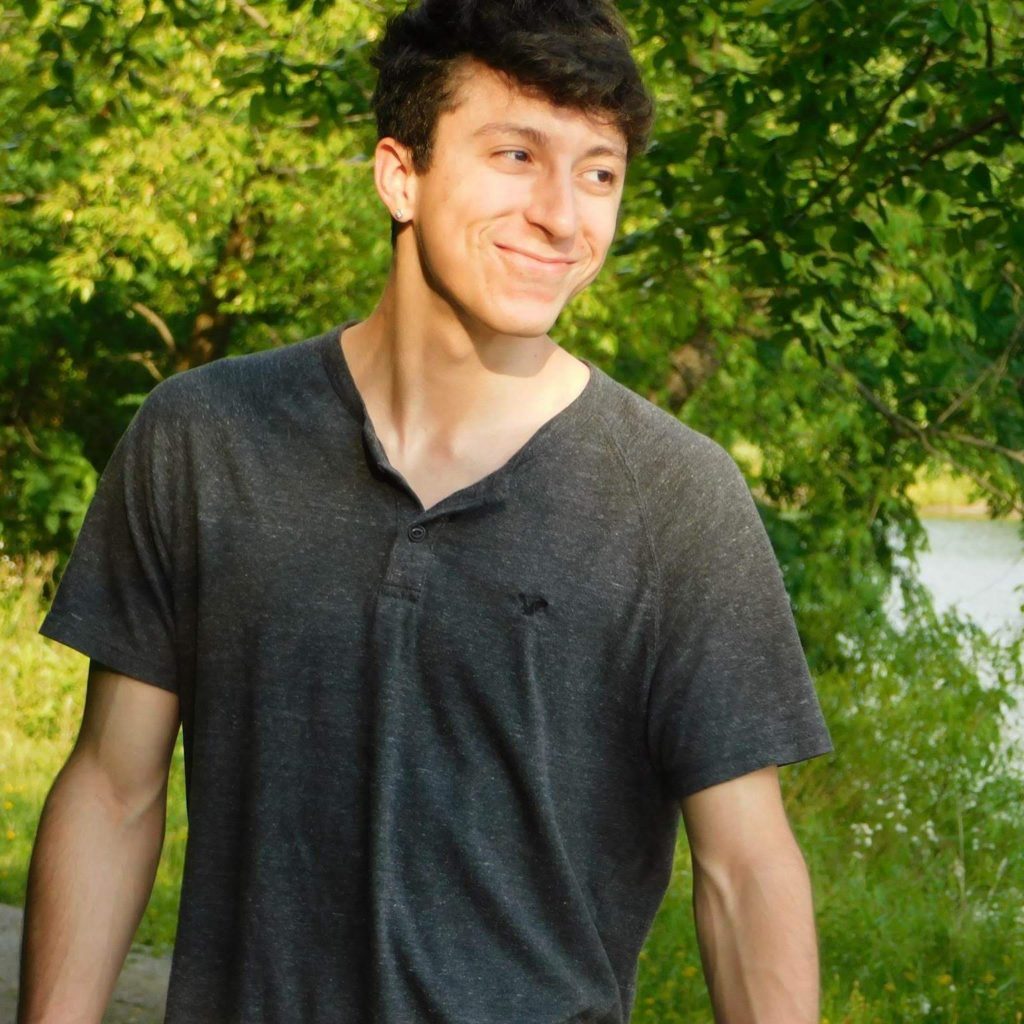 PIP: What is Teen Talk Hotline, and why did you create it?

BN: I launched Teen Talk Hotline when I was 15 years old. The reason behind launching it was, at the time, that was when I started getting bullied really bad, so I felt like I didn’t have a voice. I launched Teen Talk Hotline as a way for myself to have a voice, but also to provide a voice for other people who have similar experiences like I did, or what I didn’t experience. I wanted to channel my pain to create something that would benefit everybody.

It actually started from a group chat on the Kik messenger app. It started as a group chat, then it went to a blog and then a website. The website is a platform for youth voices to be heard, and to help and inspire other youth with their stories and their experiences. But also the website isn’t only for serious topics; they post poems, news, what’s happening in pop culture, movies, music, all that sorts of stuff. The site changes every year.

BN: At 15, I actually didn’t know how to create a website, but I used Google and YouTube to figure it out myself. Because at the time, I didn’t tell anyone that I launched it. Still to this day, I still do everything myself.

PIP: That’s impressive! Can anyone contribute content to your site?

BN: Yeah. At first I started a forum on there, but I didn’t see the outcome that I wanted. I do provide the opportunity for anyone who wants to write to volunteer. We’re starting to accept people for the 2019 year for writing and making YouTube videos, because I do want to spin off of YouTube as well. 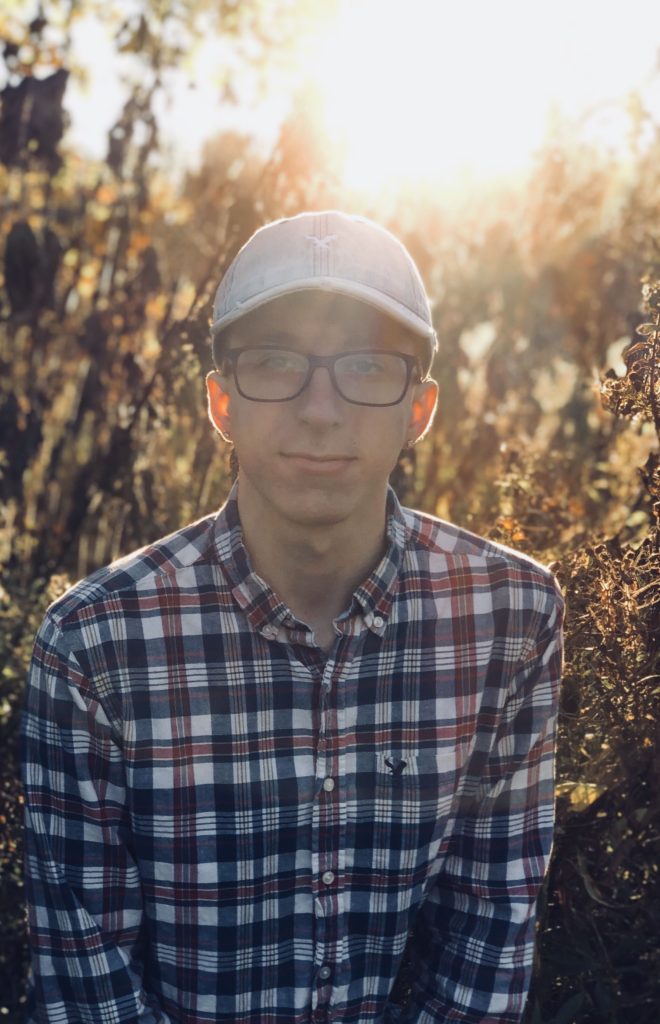 PIP: You’ve started a video series on YouTube called X Out Hatred; can you tell us about it?

BN: X Out Hatred is a project that I launched back in April. With the political climate and everything happening in the United States right now, I feel like there’s so much hatred, and we don’t know how to handle it. It’s not only political issues or issues that stem off of other people, but within ourselves as well. So the first episode was about self-hate. For those who are suffering from a mental illness, I feel like self-hate would relate to that, because I experienced it. So I wanted to make sure that we addressed mental health as well as discuss everything that’s going on.

BN: It depends on who volunteers for it. Right now there’s only one video released, but I’m trying to get the next video released. The topic will probably be homophobia or transphobia. In each video, instead of featuring me, I want to use a volunteer, because I want to provide a voice for other people. I want other people to step up and be like, this is something I believe in and want to be a part of, and I’ll be glad to feature them in one of the videos in the series.

PIP: I know you’re doing a suicide prevention campaign this year. What is it?

BN: It’s called the “Repeat the I am.” It’s aimed to empower people to love themselves. It started in September. On Instagram, we are posting quotes that say, “Repeat the I am,” and it’ll be like, I am amazing. Or I am beautiful. Or I am powerful. Stuff like that, just to make people feel empowered.

PIP: How does it feel to know you created this platform that helps bullied teens who have been in your shoes?

BN: I’ve been doing it for three to four years now. It feels to me like I achieved something bigger than myself in providing a voice for other people. To this day, I can’t believe I did that at a young age! To me it seems unbelievable, but I did it. It makes me feel really good and really proud.

I’ll admit it, at times, I did think about giving up on it, but I just keep pushing myself because thinking about all the people who rely on it is what keeps me going. It does get rough; I do suffer from depression, and some days are worse than others. It’s time-consuming and takes a lot of creativity and effort to do it, so it does get a little rough doing it whenever you suffer from something like that.

PIP: What’s in store for the future of Teen Talk Hotline?

BN: I do eventually want to turn it into an actual hotline. But to me, I feel like the originality of that isn’t there. So I don’t know, I’m thinking about launching a hotline but within that, it could be a text line or you could FaceTime someone. I’m not sure yet, but eventually it’ll be something other than just a website.

I am going to try to take Teen Talk Hotline to Pittsburgh Pride for 2019 and have a booth, so we’ll see if I can pull that off!

PIP: What advice do you have for bullied teens who are going through what you experienced?

Omid Razavi: On Creating a Book to Help With the Coming Out Process
Ji Strangeway: On Creating LGBTQ Heroes in Storytelling to Bring Youth Hope
Julian Tovar: On Coming Into His Own as a Gay Man and Fighting for LGBTQ Equality
Susan SurfTone: On Being a Gay Woman in Male-Dominated Career Fields
Spread the love