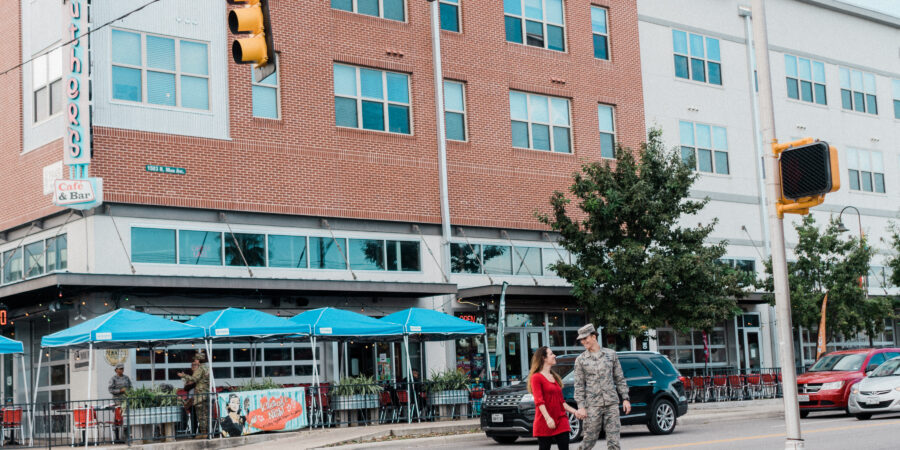 Note from blog founder: While my wife and I are currently living abroad for her military career, we moved here from Texas — the state where we met, and where I was born and lived until age 34. The surge of anti-trans legislation in America is maddening, but it’s especially disappointing to see my beloved home state take up this misguided cause with several potential bills. I submitted my written testimony to Equality Texas, which is collecting testimony for Texas legislature for hearings this week. But my wife encouraged me to share it publicly so others can hear our story and how these bills not only aim to solve a problem that doesn’t exist, but create significant harm in the process. My submitted testimony is below. Please check out Equality Texas for ways you can help. To get involved in stopping bills in other states, follow the ACLU.

I’m a native Texan and the wife of a decorated Airman. We met five years ago in San Antonio when she was stationed there. If we weren’t currently stationed in England, I would be there today testifying in person, urging you to oppose the three bills targeting trans Texans.

These proposed laws are not based on reality, science, or proven need. They are the antithesis of freedom and privacy, and they will do nothing but create suffering for countless Texas families, military families who are stationed in Texas, and the providers who care for them.

My wife has spent 10 years selflessly serving our country. She deployed to Southeast Asia in the joint coalition against ISIS. She briefed a two-star general at the Pentagon. She has won countless awards. Her identity as a trans person doesn’t impact her work or service.

She knew by age 4 that she was trans. This is typical, according to the esteemed Mayo Clinic: “Most children typically develop the ability to recognize and label stereotypical gender groups, such as girl, woman and feminine, and boy, man and masculine, between ages 18 and 24 months. Most also categorize their own gender by age 3 years. However, because gender stereotypes are reinforced, some children learn to behave in ways that bring them the most reward, despite their authentic gender identity.”

My wife is one of those people. She was taught at a young age that it was not OK for little boys to wear dresses or act feminine, so she shoved her feelings down. As nearly every trans person can tell you, this only works for so long. My wife did everything she could to feel and appear more masculine, but she was born this way, and none of her efforts could change this.

These feelings are not imagined. According to the prestigious Cleveland Clinic, the brains of trans people physically and functionally look more like the brains of their gender identity than their sex assigned at birth. In other words, even though my wife was born looking male on the outside, her brain was wired much more like mine.

It’s not shocking that in her late 20s, after a lifetime of trying to repress her identity, she was intensely suffering internally. At the time, trans people weren’t allowed to serve. She didn’t want to give up serving, but she began to feel that she would be forced to separate so she could take steps to live authentically. Also, as a traditionally macho, muscular male-presenting person in the military, she was worried transitioning would cause her to lose all her friends and family. People who transition don’t take the decision lightly; they know the massive risks to their relationships, safety, and livelihoods.

Much to my wife’s surprise, the initial ban on trans service lifted, and she decided the risks of coming out were worth it, knowing she could continue to serve as her authentic self. Fortunately, her family and friends loved her enough to support her no matter how she identified. She was such a high-performer in the Air Force, her colleagues didn’t care. Even if those in her life didn’t completely understand her, they respected her enough to ask questions, read books, watch documentaries, learn, and support her.

Her transition has brought so much positive. She was finally comfortable in her own skin, and she could let her guard down since she was no longer trying to hide a deep, dark secret. She became so much happier and engaged in all facets of her life. Her Air Force career is still thriving. She just won the Non-Commissioned Officer of the Year award for her squadron — again — and is about to promote to a senior non-commissioned officer tier. Giving trans people the freedom and liberty to be themselves and be supported helps them then be a more happy, productive member of society and our state.

One of the biggest challenges to her transition was when the Texas legislature wanted to impose the bathroom bills, twice, which made her terrified of using a public restroom. Now, a few years later, we see our beloved state attacking the trans community again and worry about what life will be like when we make our planned return to Texas.

In addition to pointing out that trans kids often know their identity at a young age, I think it’s important for you to realize that these kids do not get surgeries, and they rarely take irreversible hormones. When they’re young, affirming care traditionally consists of mental and emotional support, and sometimes puberty blockers, which are reversible and buy time. I would think that’s something the Texas government would support, since it postpones permanent decisions while supporting their mental health by preventing their body from developing in a way that creates gender dysphoria.

Plus, if they do decide to transition when they’re older, it makes the process far easier and less intensive. If a teen does decide to obtain hormones or surgery, it’s usually after years of therapy, deliberation, and specialist treatment. Doctors who treat trans people are highly specialized and abide by global standards and best practices.

Your anecdotes of easily and quickly obtained hormones or surgeries are wildly rare. My wife and most trans adults we know spent years trying to obtain these due to all the red tape, doctor letters, appointments, time lived etc., because everyone appreciates that these are huge decisions. The irony is that intersex children often receive procedures without their consent, while trans people are being deprived of care they and their doctors do consent to.

I’m aware some of these laws act under the assumption that de-transitioning is common, but in the real world, it is incredibly rare. In some of the very few documented cases, it’s been proven that the person didn’t de-transition because they weren’t trans, but due to social pressures such as being unable to find a job, retain family support, join the military, etc. Through volunteer work with various Texas nonprofits, I’ve met hundreds of trans people — and not a single one has de-transitioned or knows another trans person who has. This is not a realistic concern or a reason to deprive all trans Texans from making private health care choices with their providers.

The worst thing we can do for trans Texans and our youth is to deprive them of care they need to thrive. If we want Texas kids to be healthy, free, productive citizens, we need to allow them the liberty to get the medical care they need.

According to the National Center for Transgender Equality’s research, trans people in America face sky-high levels of discrimination in housing, medical care, employment, financial services, and other key areas. This has led far higher levels of poverty and homelessness than the general population, and has caused the suicide attempt rate for the trans community to be a staggering 41%. By making life even harder for this community, you are further increasing their chances of harm, suffering, and discrimination.

In Texas, we like to think we have a warm, welcoming Southern hospitality. But these laws promote fear, hate, and ignorance. Jesus lifted up the downtrodden; he didn’t seek to further harm and attack already marginalized populations.

These laws seek to solve a problem that doesn’t exist. The data isn’t there. More people are identifying as transgender these days not because it’s cool or trendy, but because there is finally visibility that helps people see it’s OK to come out, which did not exist when my wife was growing up. Youth now see themselves represented in movies, books, and shows and realize they’re not a freak, that there are others like them, and it’s OK to be yourself.

This is a good thing; diversity is beautiful, and we shouldn’t want people to suffer in silence. We have seen this happen with LGBTQ people time and time again. I hope you will take to heart the words of myself and the brave Texans, especially youth like Kai Shappley, who have taken the risks of putting themselves out there to beg for basic equal rights. Please remember what our great state of Texas stands for — freedom, liberty, kindness, hospitality — and that these laws are in complete opposition of those values.

One Reply to “Statement on Texas Anti-Trans Legislation”