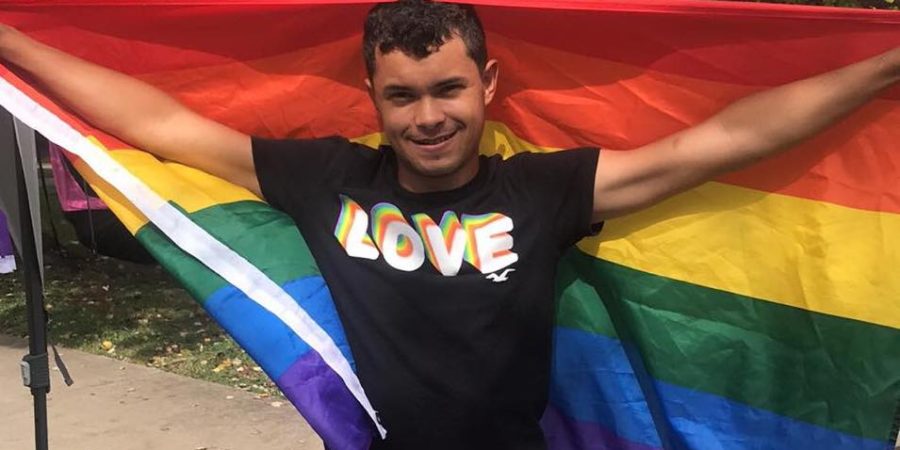 Roddy Biggs may be a successful, out-and-proud 24-year-old now, but when he came out as gay in his early adolescence, things weren’t so easy. Certain friends, family members, classmates, and teachers weren’t very approving. He got beaten up, harrassed, and bullied. This led him to a dark, lonely place, and he even attempted suicide multiple times.

But Biggs turned his pain into action. He eventually became very involved with the Gay Straight Alliance at both his high school and college, and he currently serves as a Youth Ambassador for the Human Rights Campaign. He blogs for Teen Talk Hotline, a platform for youth to find help and empowerment. He also started LGBTQ C.A.R.E, which has a public facebook page  and  private Facebook group that acts as a support network for LGBTQIA+ youth. He also has also done trainings for GLSEN, which champions LGBTQ issues in K-12 education.

In addition to all of this advocacy work, which Biggs said is essentially a full-time job, he is also a full-time college student in Knoxville, Tennessee. “So I essentially have two full-time, non-paying jobs,” he jests. “But I wouldn’t have it any other way.”

This is Roddy’s story of coming out, getting into advocacy, and creating important resources for LGBTQ+ youth.

Profiles in Pride: When did you know you were gay?

Roddy Biggs: I knew that I wasn’t “normal” really early. And I knew I thought guys were cute, and that I didn’t think girls were cute like a lot of people would at my age. I’d say I was probably 10 when I learned what being gay was. So that made sense.

So I’d say probably 9 or 10 is when I knew that I was gay based on verbiage, but I knew way before that, I just didn’t know what to call it. I came out at 12 to friends and family, and came out to everyone at 13. So by 13 I was completely out and it wasn’t really a question anymore. 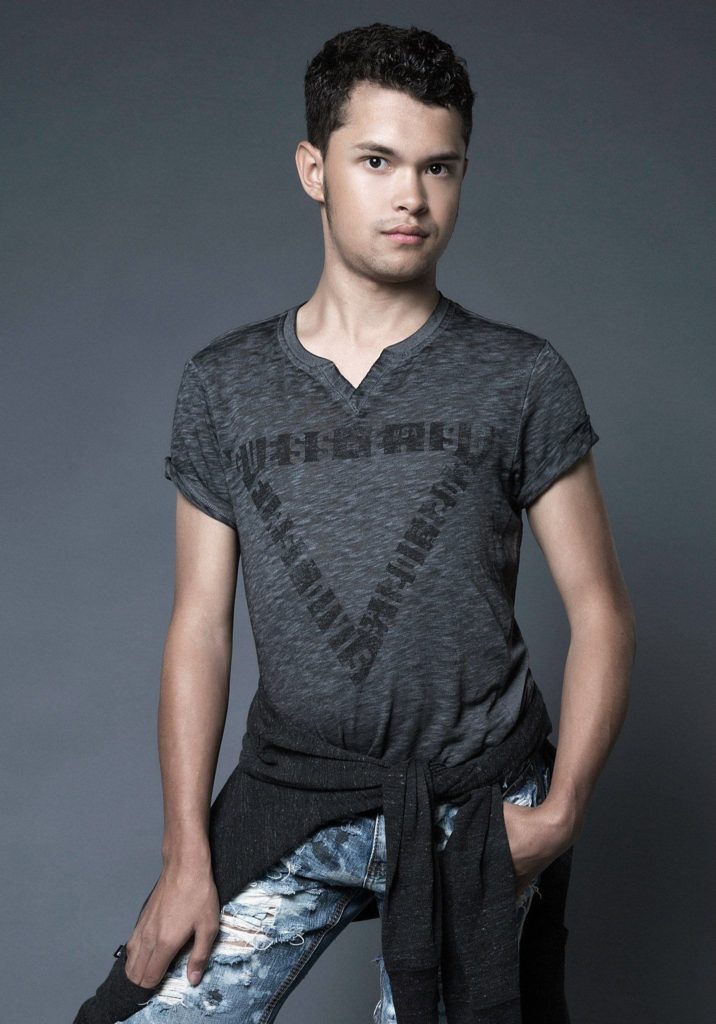 RB: Some were, some weren’t, but that’s kind of what you get. So I had teachers who weren’t, I had some friends who are no longer friends, some family I’m not really close to anymore. But for the most part, people have either been really supportive and accepting, or have just been like, “Oh well, we don’t really agree with you, but we still love you.” So I’ve really not had too many people just completely disappear, and the ones that I have, oh well.

PIP: How did you become a Youth Ambassador for HRC?

RB: The Youth Ambassador program with HRC is in its fifth year now, I believe. It’s really just a spotlight on youth, primarily between 13 and 23 or 24 — the cutoff age is a little bit variant. HRC monitors anyone who’s doing any kind of social justice work around equality. I got a message from one of the directors on Facebook saying, “Hey, I really like what you’re doing, would you mind filling this application out? We’ll be in touch with you.”

It was a pretty long interview process; it took a couple months. And at the end of it, I was selected to be a Youth Ambassador, which is a two-year appointment job with HRC on a volunteer basis. I have attended two national conferences and the HRC State Dinner as a Youth Ambassador. I’ve had the opportunity to speak on stage and attend workshops and meet some fantastic people, including most of the staff at HRC. It really just gives you a national platform to continue doing the work you’ve already been doing. HRC doesn’t really ask us to do anything that we wouldn’t already be doing, but give us more opportunities to do exactly what you are doing. 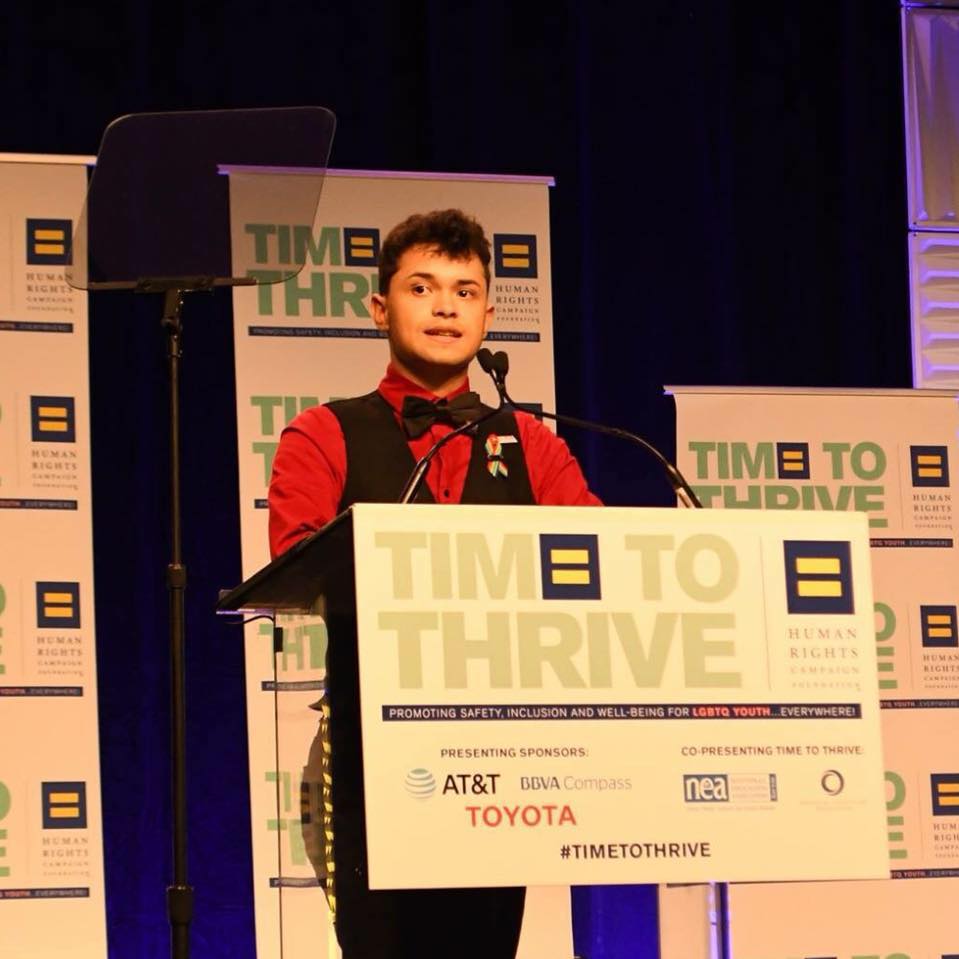 PIP: What work you were doing that brought you to HRC’s attention?

RB: I had been doing some work with GLSEN and have been doing some trainings and workshops around LGBTQ issues. And also just really using social media to empower people so that they didn’t have to go through the bullying and discrimination and harassment I went through when I was coming out and growing up. So really, that’s how they found out about the work I was doing, through social media.

So after becoming a Youth Ambassador for HRC, it just gave me more of a platform on social media to continue doing that work. It opens the doors to interviews and to conversations that I wouldn’t necessary be able to just get myself in without having something to back.

Because we all have a story, but so many peoples’ stories are never heard because society always wants someone who they feel is adequate to tell theirs. Which kinds of sucks, because everyone’s story is valid.

But sometimes you have to have that backing or that push or endorsement by someone or something to really get your voice and your story out there. And HRC was that push for me. 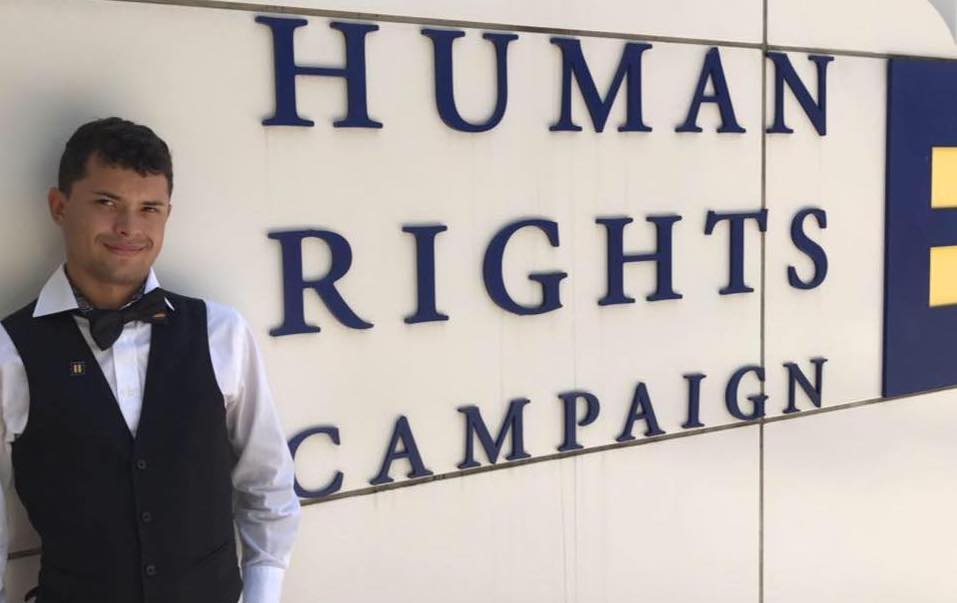 PIP: What type of trainings did you give?

RB: I knew from my experiences that a lot of people really wanted to know more, and I’d been the president of my high school’s Gay Straight Alliance, and as well as my college’s GSA, so I’ve been around GLSEN and Safe Zone trainings for a long time. I decided to become certified in them so I could actually teach those to people who wanted to have the information, because it’s really important.

PIP: For those who aren’t familiar, what types of topics do they train people on?

RB: Really anything and everything to do with equality or LGBTQ issues. You could learn all the terminology in the community, you can learn what to do when someone comes out, what not to do when someone comes out, how to be an ally, how to support someone. How to have the conversations with someone around issues. And really it just empowers the participant to take it upon themself to educate themself about something that they’re not sure of.

PIP: I know you’re a blog writer on Teen Talk Hotline. What kinds of things do you write about?

RB: Anything and everything that the mood strikes me. I just did one on the importance of self-care and why it’s so hard to do. I’ve done things on mental health, I’ve done things on suicide; at the first of the year I did one on what we saw in 2017 and my hopes for 2018. Really there’s no limit, it’s really whatever’s going on and whatever strikes me as something to write about.

PIP: We know you’re the founder of LGBTQ C.A.R.E. What is it?

RB: A lot of people were reaching out to me saying they didn’t have any social media platform that was just for them to talk on and interact. Because we know there are Facebook groups and things, but a lot of people don’t regulate them like they should. So you don’t really know who’s in it. So it’s really just an online giant social media Facebook group and Twitter feed that is solely for youth so they can talk about anything that pertains to them. We have questions that you get asked to join, so we know the age of everyone in it.

PIP: Have you heard positive feedback about it from youth?

RB: Yes, the youth in the group talk about things they wouldn’t feel comfortable talking about in other groups, because there’s not the level of security that there is. And we’re are able to post things from HRC and GLSEN with quotes and statistics. It’s a resource as well, because we’re able to share information they may not otherwise find anywhere. 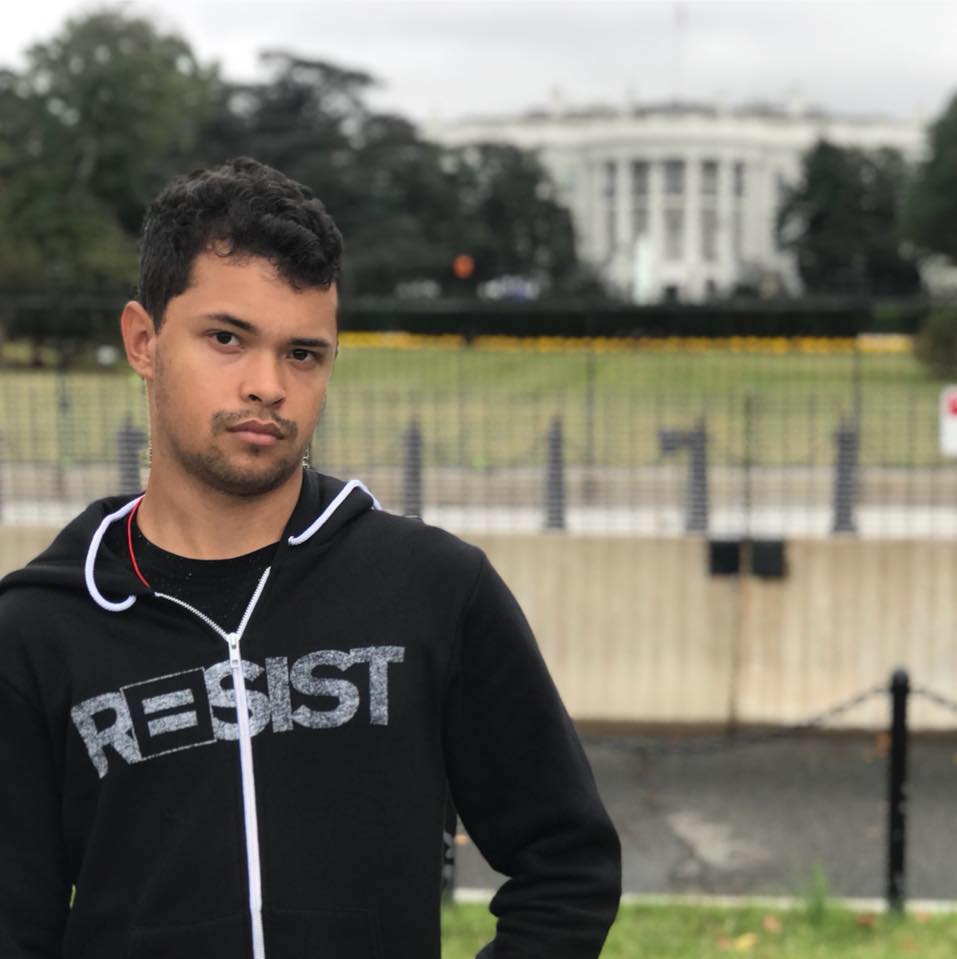 PIP: Why is having this community so important for LGBTQ youth?

RB: It’s absolutely important. Thinking back to my own experiences, when I came out, yeah, I had my high school’s GSA, which was fantastic. But it took me a little while to even go there, because it’s the “oh well, there can’t be someone else like me, and even if there is, I wouldn’t be accepted because I’ve never been accepted” type of mentality.

So having a large community and actually being able to see yourself, or aspects of yourself in someone else, is so important. So I’d absolutely say that community is the most important thing, especially for youth. Because it not only allows them to see themselves in others, but also allows them to interact, communicate, and learn more about themselves at the same time.

PIP: What personally drives you to be so involved with the community and provide hope for LGBTQ youth?

RB: It really distills back to my experiences coming out and the struggles that I went through. So in high school I was beaten up because a guy thought I had a crush on him, which I didn’t. But I was beaten up, I was bullied all through middle school and high school. I became very suicidal and attempted suicide several times.

At some point, I guess I reached my breaking point and decided that I couldn’t let anyone else go through what I had gone through and be OK with it. So I started out small and started doing things like taking over my high school’s GSA as president, taking on my college’s GSA as president, and really just building up from there to doing the things I’m doing now.

It all goes back to just the idea of, I know what they are going through, and if I’d had someone there for me at the time, that things would look so much different for me now. And that I’d have probably have been doing this for a lot longer. But I didn’t have anyone really telling me that it was OK to be me and that society is going to try to beat you down, but don’t let them. I had to do that for myself.

It’s so important for youth to have as many people as possible, members of the community and allies telling them, “Look, you’re fine just the way you are, you’re made this way, you’re perfect. Be yourself. Don’t be afraid to be yourself.” And just empower them all along the way. That’s really why I got into the work that I’m doing.

Jessica & Caroline Kaplan: On Creating Art to Increase LGBTQ Visibility and Inclusion
Astrid Ovalles: On Coming Out as Lesbian and Being an Openly Kinky Filmmaker
Christina Wiesmore-Roberts: On Creating Safe Spaces for LGBTQ+ Women in Chicago
Rev. Dr. William H. Knight: On Being an Openly Gay Pastor and Spreading a Message of Love
Spread the love