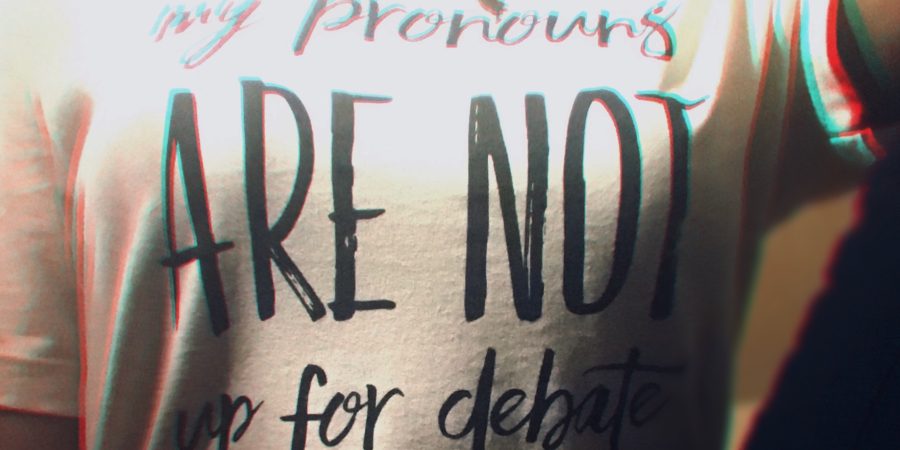 Sahara Hampton knew that she wanted to transition from male to female for a long time, and she wore women’s clothing for many years, but it took time for her to come to terms with her identity and fully make the leap.

Once she did, she dove in head-first, starting on hormones, changing her name, and even launching a YouTube channel to document her journey and provide resources to other trans people.

However, over time, she felt herself retreat into stealth mode, wanting to blend in and not stand out for being trans. But after seeing how much ground there still is to cover for trans rights, Hampton decided she no longer wanted to be silent and invisible. The 26-year-old is now striving to be out and proud as a transgender person and standing up for her community and her rights, especially for trans people of color, who face many additional challenges and prejudices, even within the LGBTQIA+ community.

Originally from Virginia, Hampton recently moved to Ohio, where she babysits part-time, is working to finish her phlebotomy certification, and is starting to get involved with the local LGBTQIA+ community.

Here is Hampton’s story of transitioning, facing the challenges of being a trans person of color, and deciding to make this her year of visibility.

Profiles in Pride: Can you tell us about your coming out journey as a trans woman?

Sahara Hampton: I started hormones October 2012. Now, I always knew that eventually I would transition. I just didn’t know at what time or at what point I would. Because even all throughout school, my closet consisted more of women’s clothing than it did men’s clothing. Any time we’d go out for any gatherings, I wouldn’t dress up in men’s clothing, so I was always going out as Sahara. But I hadn’t fully come to terms with transitioning all the way.

So I started by asking a trans girl I knew at home, “What did you do to start, who did you go see?” She told me the names of doctors, psychologists, and people that I could go see. After that, the only person who knew was my best friend. Only because I didn’t know how my family would take it, because they’re not strangers to the whole LGBTQ community, but as far as trans people go, you know, that was still unknown territory to them. So I didn’t tell them until I was on hormones for maybe three months. I gave myself time to come to terms with transitioning and what’s next and what to do. 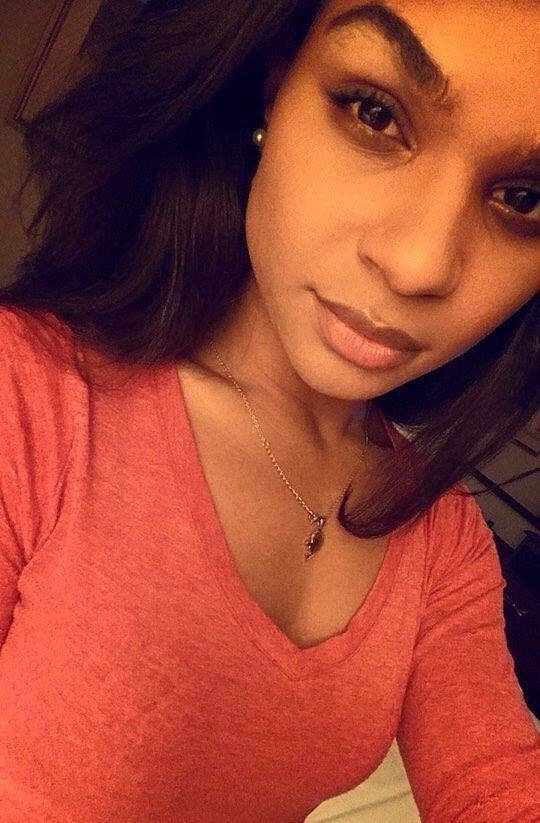 And they were OK. Some were like, “You know what, do what makes you happy, we’re here for you.” Some of my family members didn’t understand. I feel like they weren’t judging, they were just uneducated on trans people. But eventually they came around, and now I live with my dad since I moved up here to Ohio. He’s definitely 100% supportive and understanding now.

At the time I was working. I changed my name within three months of starting hormones. So I’m straight out of the gate, “My name is Sahara, this is what you will call me, if you call me anything else, we’re gonna have issues.” It took some people at work a little time; they slipped, and were like, “Oh sorry, Sahara.”

PIP: So you transitioned while on the job?

SH: Yes, I was working there for two years already before I started transitioning. They were like, “Oh my God, you’re the first trans person I actually know or who is actually going through this.”

So I took that and used it as an opportunity to educate people. “Don’t call me this, don’t say this, don’t do that, don’t ask this question or that question, because it’s super invasive and uncomfortable.” But everyone I had immediate contact with was definitely on board.

PIP: As you started transitioning, did you get involved in the trans community for support?

SH: I did. I’d found a few groups on Facebook. The trans community back in Lynchburg, Virginia, where I’m from, is not really that big. So I kind of had to venture out of my actual community I lived in to make friends, find people to talk to, ask questions.

So from that, I had started a YouTube channel, and I had it for about a year, maybe two years. Within that two years, I was posting just about life and how to get your name changed, gender markers changed, doctors who I’ve seen where people could go.

You know, I’m still in contact with a few people who had reached out and asked questions, who I helped out. And then I kind of just fell back from it, because it was still early in my transition. And I wanted to help out the trans community, but at the same time, I felt like I kind of slipped into stealth mode. So after the YouTube channel and talking to all these people and posting about my transition, I sort of backtracked and went back into a shell, and now I’m back out of that. 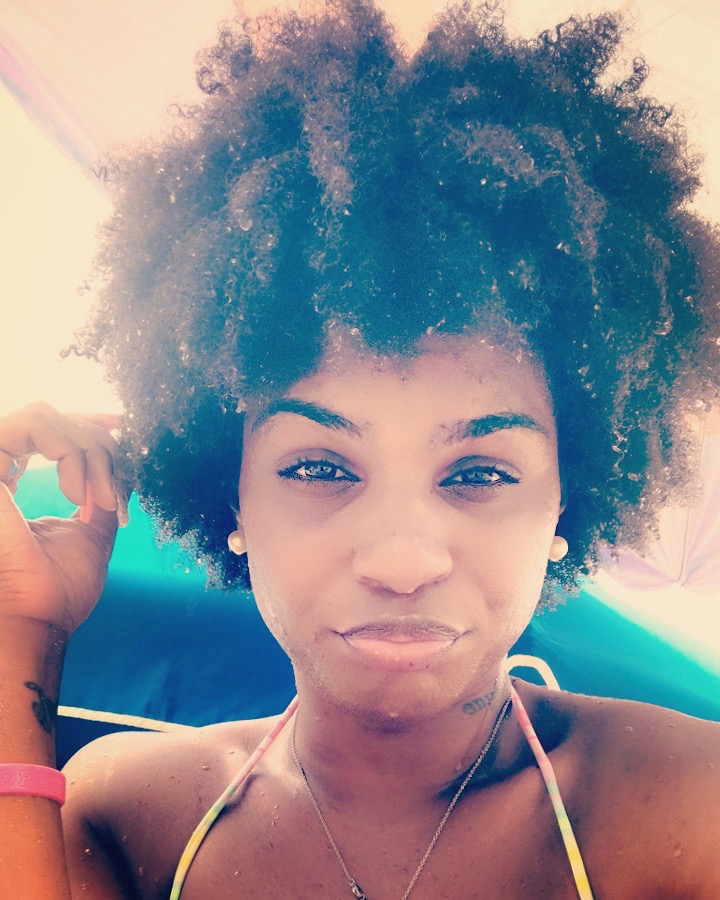 PIP: Do you think it was so you could focus on just getting through your transition without all of those distractions?

SH: Yeah, that was one of the reasons. Also, being that it was still early, I kind of forced myself to think like, OK, if you lived stealth, if you just don’t put a lot out there, you will meet all types of new people, dating will be easier, dating will be a breeze. I kind of fell back and fell silent from a lot of trans issues, and the trans community.

It was kind of like you’re losing yourself, because at the same time, you’re trying to hide so much from everyone else, that when you have to really go find yourself, you’re lost, you don’t know where you are or who you are. So I’ve definitely come out of that. And I’m like, you know what, at the end of the day, either people accept you, or people won’t accept you, and that’s that. So I’ve slipped out of that stealth shell and am more open about being trans.

PIP: That’s great. Are you currently involved with any volunteering?

SH: Not yet, but I do plan on volunteering with Cleveland Pride. The city also has the LGBT Center and The Pride Clinic, where the doctors prescribe hormones and stuff like that. So I definitely plan to get more involved now that I’m out of that shell, because I just feel like I’ve missed a lot of time to actually talk about important things, so I’m trying to get back into it.

And that’s why I’ve teamed up with the clothing brand Charlee J. It’s pretty much a brand for everyone. They have a variety of different clothing like for lesbian, bisexual, people who want no label at all. So I’m definitely trying to make this the year of visibility, make everything more visible, transparent, and clear for anyone and everyone who will listen. You can use my promo code SAHARA for free shipping on orders.

PIP: What has your experience been as a trans person of color; what challenges have you faced?

It’s pretty ridiculous, if you ask me, and a lot of times, it’s from the inside, as well. Because like the T on LGBT, I feel like within the whole community, we are still under fire from some lesbians, some gays, some bisexuals, who don’t understand what being trans is.

That’s definitely hard; it’s hard trying to advocate and speak up for everyone without trying to just talk about trans issues, when the same people you want to advocate for are against you. There’s definitely stuff to be made before we’re anywhere close to a solution or anyone realizing we’re all in the same community, we’re all fighting the same battles. Maybe one not as aggressive as the other. Some issues are like, “OK, well, that can be fixed here.”

PIP: That’s really difficult. This is getting a little philosophical, but do you have any ideas on how to improve these societal challenges?

SH: As of right now, I don’t. I’m starting to try to; I’m trying to figure out whether I want to YouTube or podcast again, so I’m definitely trying to think of how I can pull in ideas and ways to kind of work on a solution. That way everyone is one one page, we understand each other, we understand what everyone’s going through in our community — that way those on the outside will understand us better.

Aneesh Sheth: On Creating the South Asian Transgender Representation She Wishes She Had as a Kid
Recording of Profiles in Pride's Live DreamWeek Event, 'Journeys in Coming Out'
Trystan Reese and Biff Chaplow: On Experiencing Pregnancy as a Trans Man — and Being His Partner
Announcing Our Coming Out Day Giveaway
Spread the love